We continue our analysis of wood joints for traction systems. Although it seems very sophisticated, in reality “only” are the joints that allow us to stretch two wood pieces. They are the opposite to the past post we saw, where the unions supported forces of compression. A classic example of traction systems is the joining of the parts of a drawer. 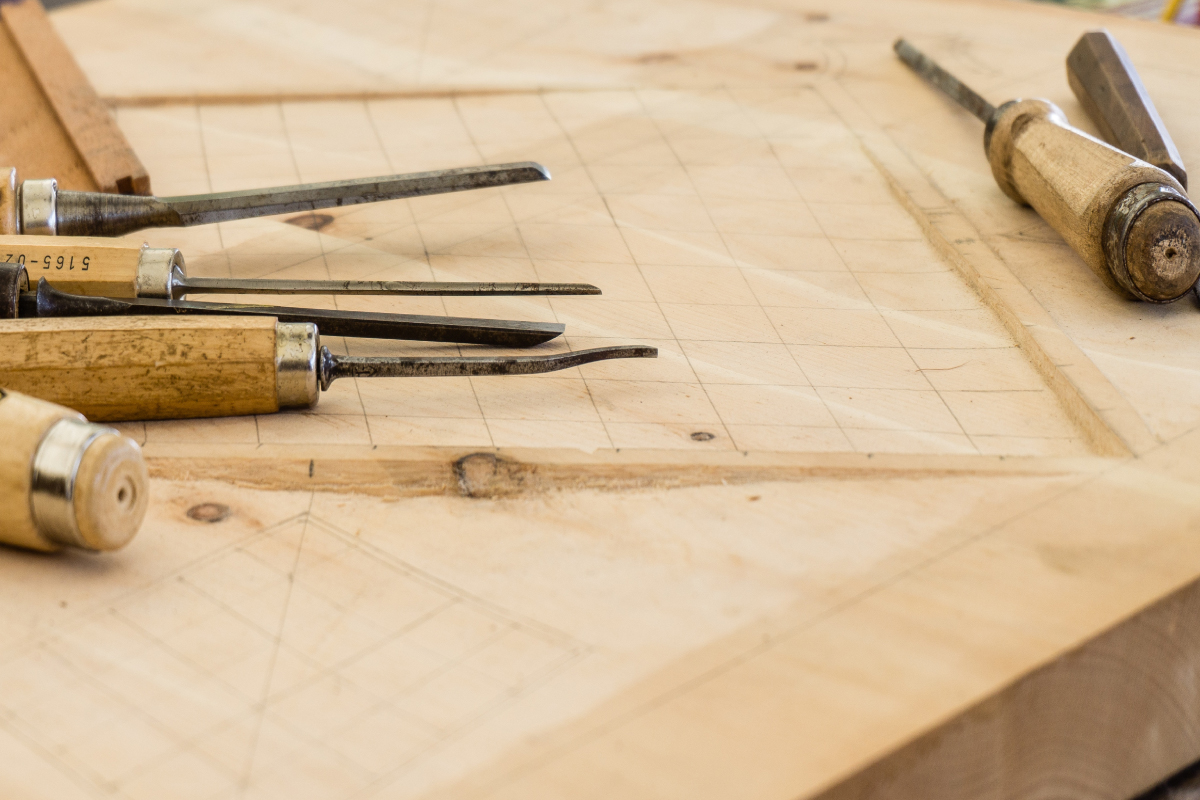 Types of wood joints for traction

There are several wood joints, although today only a few are used. Its design is more beautiful, but also more complex and precise than a union made with screws. For this reason they have been abandoned. It is true that they require more work, but the final result gives greater firmness and quality.

It is one of the most used wood joints today and one of the most beautiful. As its name indicates, the tails part has a triangular shape, similar to that of a bird’s tail. This allows a strong and resistant joint, in both horizontal and corner positions. For this reason is one of the most suitable for this type of use, especially in drawers.

This is a more complex system. The wedges are intended to divide the efforts between the two pieces, but the realization of this joint is not easy. The cut must be identical and proportional in both pieces, following an inclined plane. In the middle, the wedge allows to separate the pieces until obtaining a totally firm grip.

The tabled splice joint is more compact. Bond two pieces by half their thickness. Placing two wedges, all the pieces must be in a straight line, creating a strong union by pressure.

It must be made to the same pieces measure , so that they generate staggered planes. With this assembly we get more stiffness and a stronger joint than with simple dovetail. On the contrary, it is much more elaborate and we must do it by hand.

It is made by cutting the foreheads of the pieces so that they form staggered planes. In the center a hole is left to insert a wedge that would tighten the joint.

This type of splicing is probably the most complex, but also the most original. We can apply multitude of options and designs, giving an exclusive appearance.

It consists of two dovetail assemblies, made in parallel, following the diagonal of the forehead. Once assembled, visually a double dovetail effect is achieved, one on each side of the piece. It’s a one of the most beautiful wood joints. 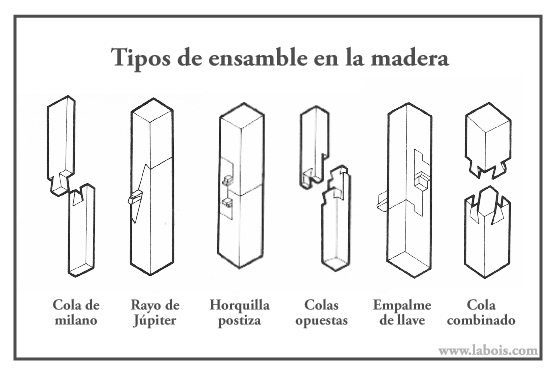 On the other hand, all these systems of union allow an extra reinforcement with adhesives, screws or clamps. If the force that must make the piece is high, do not hesitate to use them.