The gouges and carpentry chisels may look something very similar, even from the same family. But however much they resemble, they are not the same. We advance that they are part of every carpentry tools box and they are basic for the common wood works. So pay attention to this post. 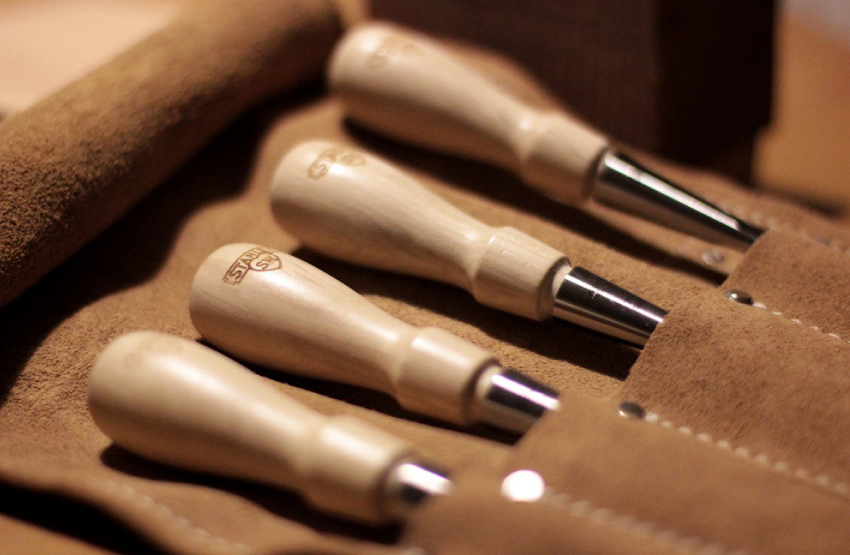 If we had to carve a David of Michelangelo’s in wood, we would use a gouge. It is not strange that there are different types of gouge, almost as many brushes for painters.

The gouges are formed by a handle of wood, plastic or resin and a sheet of steel. With the help of a mallet, the carpenter strikes the handle and the tip of the blade makes the cut. It requires some skill, experience and delicacy. A blow too strong or too fast can chip the wood or pierce it more than we want.

Another characteristic is the wide variety of gouges for the carving of wood: ordinary point, half cane, cannons, flat, triangular … are just some of the many profiles that have been used for centuries. In this infographic you will find some of the most common gouge profiles. 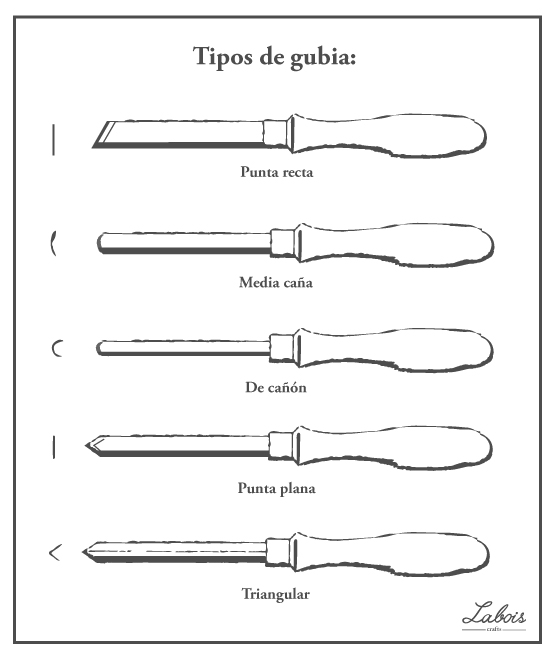 Here we give you some tips that will help you decide which gouges use:

The gouges mentioned below are a complement to those cited above for certain works: 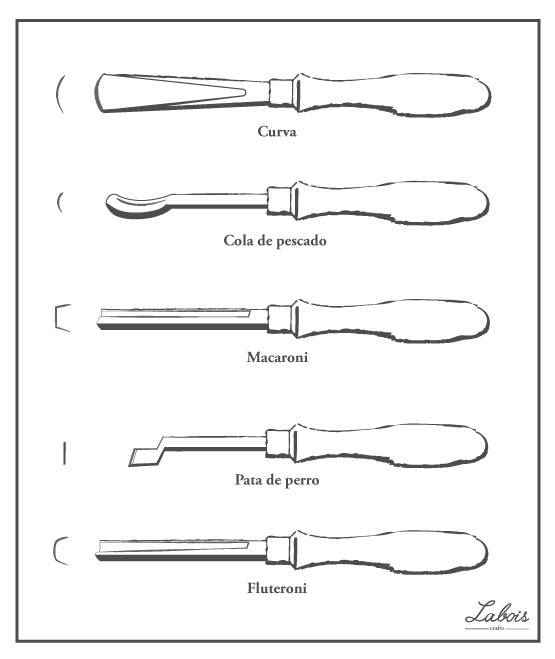 After see the variety of gouges, we recommend you the first 5 to begin with the carpentry. We hope you like it and thanks for your visit!