The idea of having a house in the countryside has been seduced for centuries to people of all conditions. Also to some French monarchs, like Francisco I, who ordered to build one of the most spectacular castles of his time for this purpose: Chambord. In addition to kitchen, living room, bedroom and views of the wild nature, this castle had: 440 rooms, 365 chimneys, 84 stairs and more than 30 kilometres of forest. Today this magnificent construction is one of the most spectacular and well-known castles in France. On our route to the Pays de la Loire, we didn’t want to lose it. 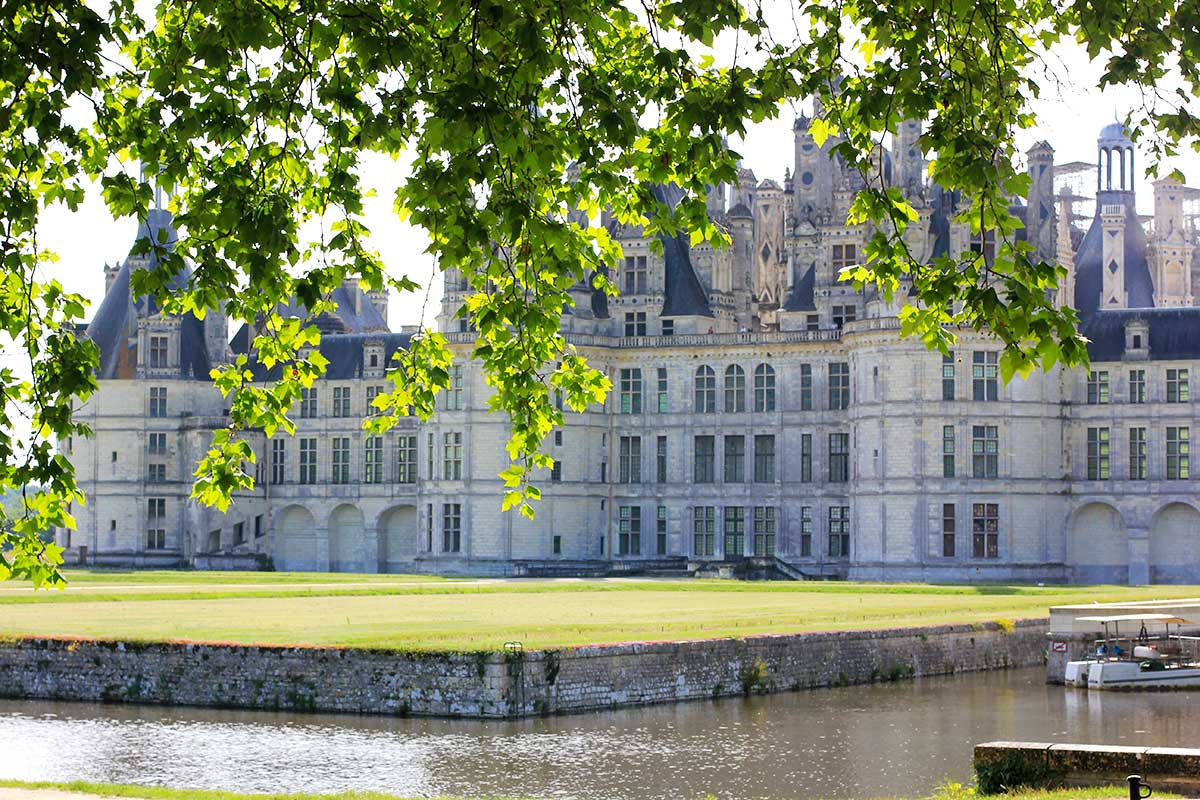 Chambord is an atypical castle. 8 enormous towers guard a rectangular enclosure, closed on itself. By far, the magnitude of its forms already warns us: in this castle someone important lived. The shield with the salamander, omnipresent in all rooms, is the unequivocal testimony of Francisco I, its builder. It is worth remembering that this monarch was one of the most outstanding of his time. He was also a king inclined towards the arts and sciences. This explains many of the details and nuances that govern the architecture of this castle. In fact, Da Vinci himself worked and resided here for three years in the service of the king. 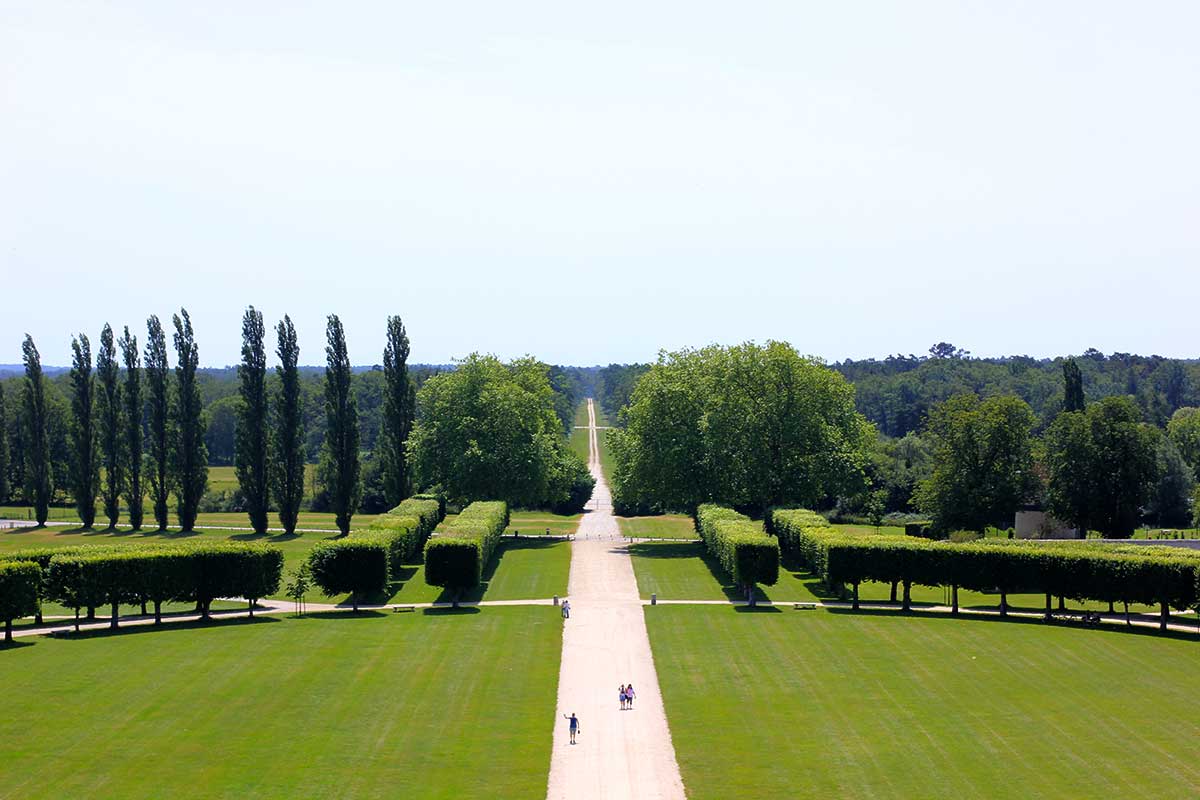 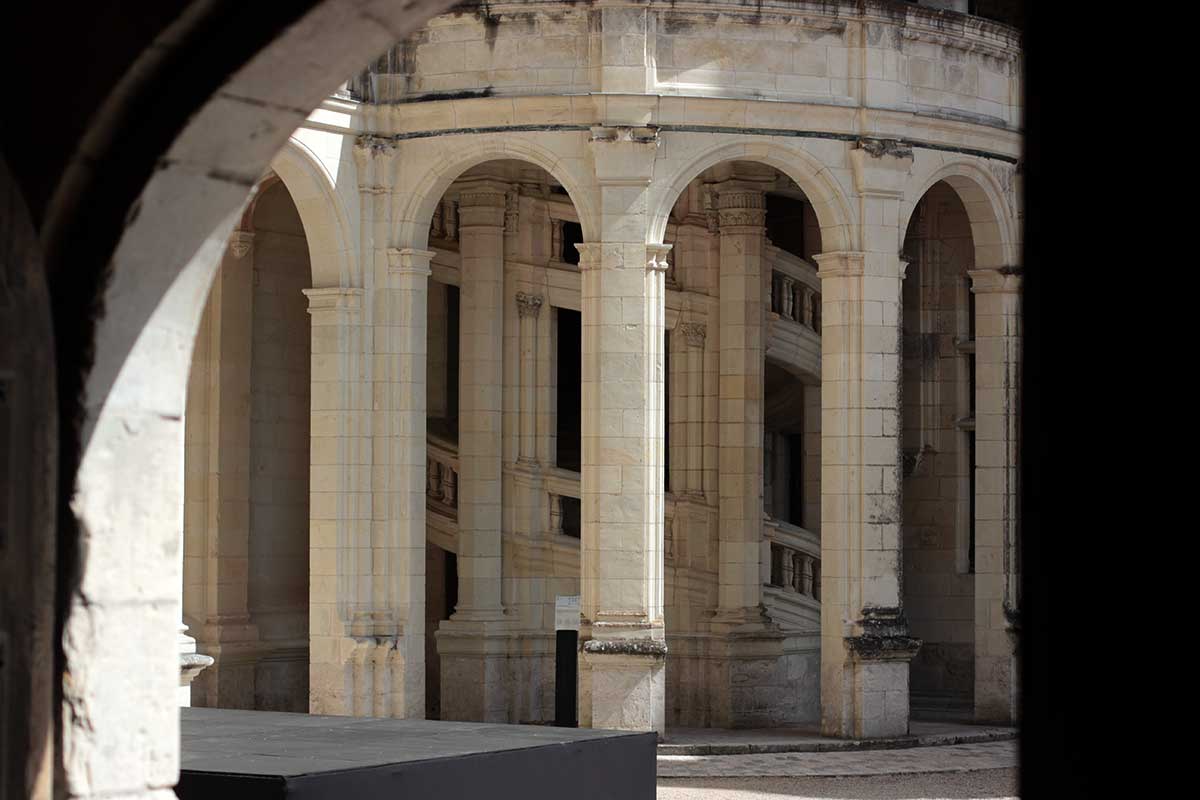 The famous Italian inventor was the architect of the main staircase, executed in the form of a double helix. This staircase connects the three floors of the building, being the cardinal point of the original construction. Even today, its complexity and harmony are surprising. If you go up or down by it, you may not notice the extent of its steps. They present the height and the width enough to walk without effort, following the Renaissance maxim of the architecture made to measure of the man. All an example of art, engineering and inspiration.

The walls, vaults and secondary stairs deserve no less attention. Lined under the same style, they are the most beautiful living testimony of the French Renaissance. Even its numerous chimneys, decorated with geometric patterns, are perfectly integrated into the whole. In this sense, it is far removed from other constructions of the time, such as the castle of Amboise or Blois, where monarchs and nobles orchestrated extensions without a common pattern. In Chambord, everything is governed by the same style and later extensions -like that of Louis XIV- blend in with the existing forms. In fact, it is easy to confuse Chambord with a palace for its refined and elegant design, an illusion that only breaks if you look at the width of its walls. 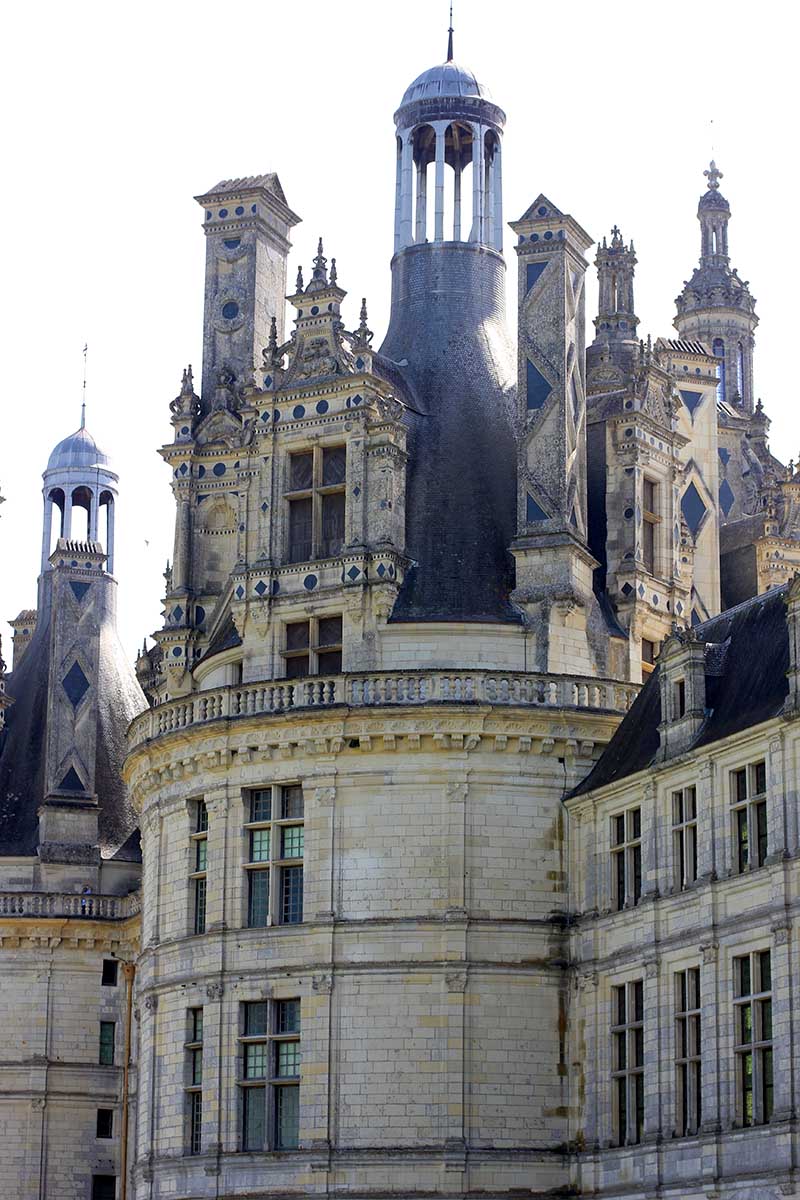 From country house to Monument of France

Since its creation, Chambord has gone through many hands. In addition to Francisco I, other monarchs passed through there like Enrique II of France or Luis XIV. Moliere carried out in 1670 the first representation of the bourgeois gentleman and after spending years at the hands of nobles and marshals, the French government acquired it in the early twentieth century. The gardens were abandoned and after years of dedication, today is one of the most beautiful and visited historical gems of France. It has been included in the catalog of National Monuments of France, a cultural network that, among other things, promotes heritage among the youngest. If you are under 26 years of age and have European citizenship, you should know that by presenting your ID or passport you will be able to enter this and other monuments of this network for free. Otherwise, the normal rate is €13 per person. If you are thinking about visiting it, you should know that the best way to get to Chambord is by private transport. There is a parking garage near the castle. 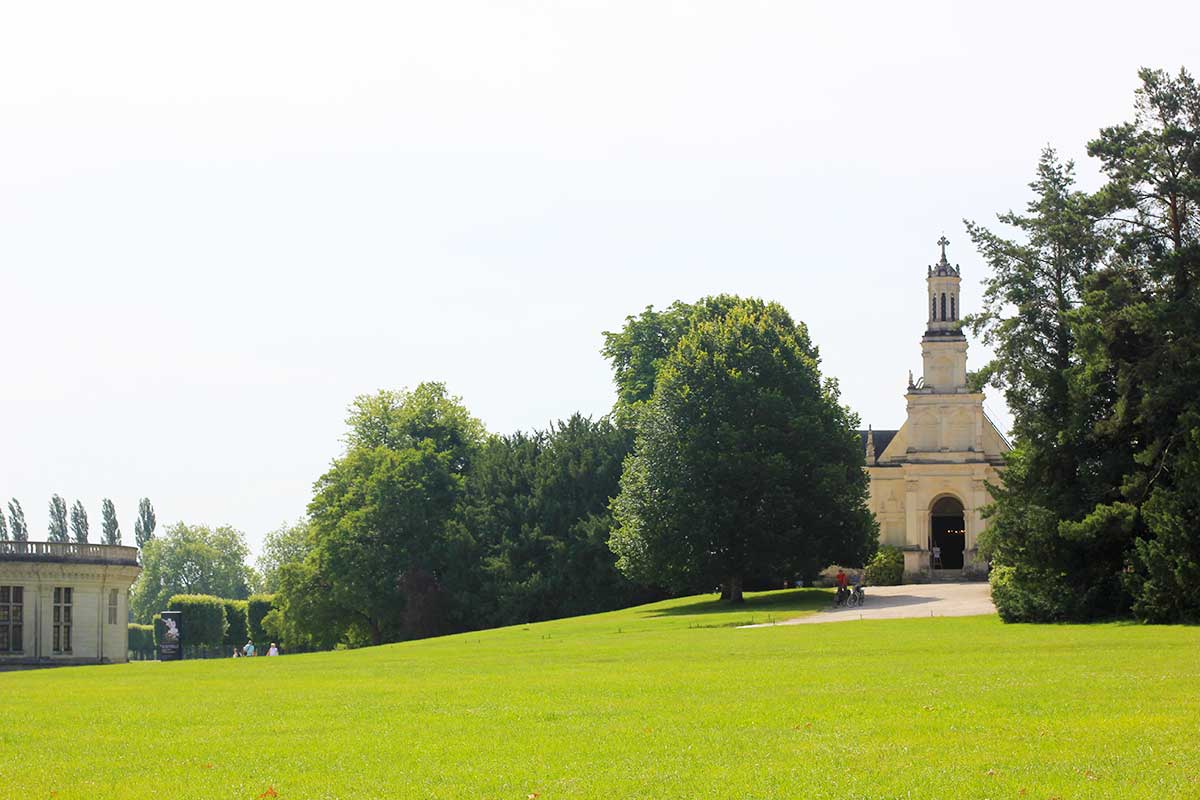 Chambord offers, in addition to a beautiful building, a wide range of activities. Inside you can discover a large collection of furniture and period art, as well as original cuisine, exhibitions and audiovisuals that will offer you a more detailed perspective on its 500 years of history.

In addition to history, Chambord offers outdoor activities for all ages: bicycle rental, boats to navigate the canals, forest routes (today declared a nature reserve), horse shows and raptors… Each year exhibitions are held and a classical music festival. And if you have little time, you can always have a drink in one of its coffee shops and let yourself be seduced, as Francisco I did, by this wonderful environment.