In just one year, Ima Garmendia has managed to carve a niche among the most outstanding potters of Barcelona. Its clients are restaurants with Michelin stars, design stores and individuals who know how to value a careful work of craftsmanship. The secret of your success? Adarbakar, a brand that unites its two passions: ceramics and photography.

We visited his workshop in the El Born neighborhood of Barcelona, ​​a space full of pieces, prototypes and orders. His restless character contrasts with the minimalism of his works. White and black are inseparable protagonists, like the negative of a photograph.

When did your hobby for ceramics begin?

I did a weekend course at El Torn school in Barcelona, ​​4 years ago and never in my life did I think I was going to dedicate myself to this or that I would like it. In addition, I am very clumsy and that weekend I was amazed because I managed to make the pieces and they went well. I loved it and I started to get interested in it.

I started with a friend. For a long time, we had decided to create a brand. Both she and I worked a lot on the computer, I with photography and she as a designer. We asked ourselves “what if we do something together?” Something, one day a week, not a complete job but an activity to get out of our daily bubbles. At first we did not know the way he was going to have. The idea was to sell my images on carpets and other supports. Then, the ceramic was thought as something very easy: buy tableware and put us designs. The course I did in ceramics was to know this material that in theory someone was going to do, not us.

Then this girl, for various reasons, left the mark and I was left alone. There was a lot of time and money invested. I thought “what do I do now?” We had an oven that we had bought second hand and wanted to try making my own pottery. If it did not work, I would leave it, but I had to try it. Since I started, every time I’m more hooked on ceramics, it has an addictive point, so much so that I’m much better with ceramics than with photos.

In February 2018 I launched the Adarbakar brand and today I continue. 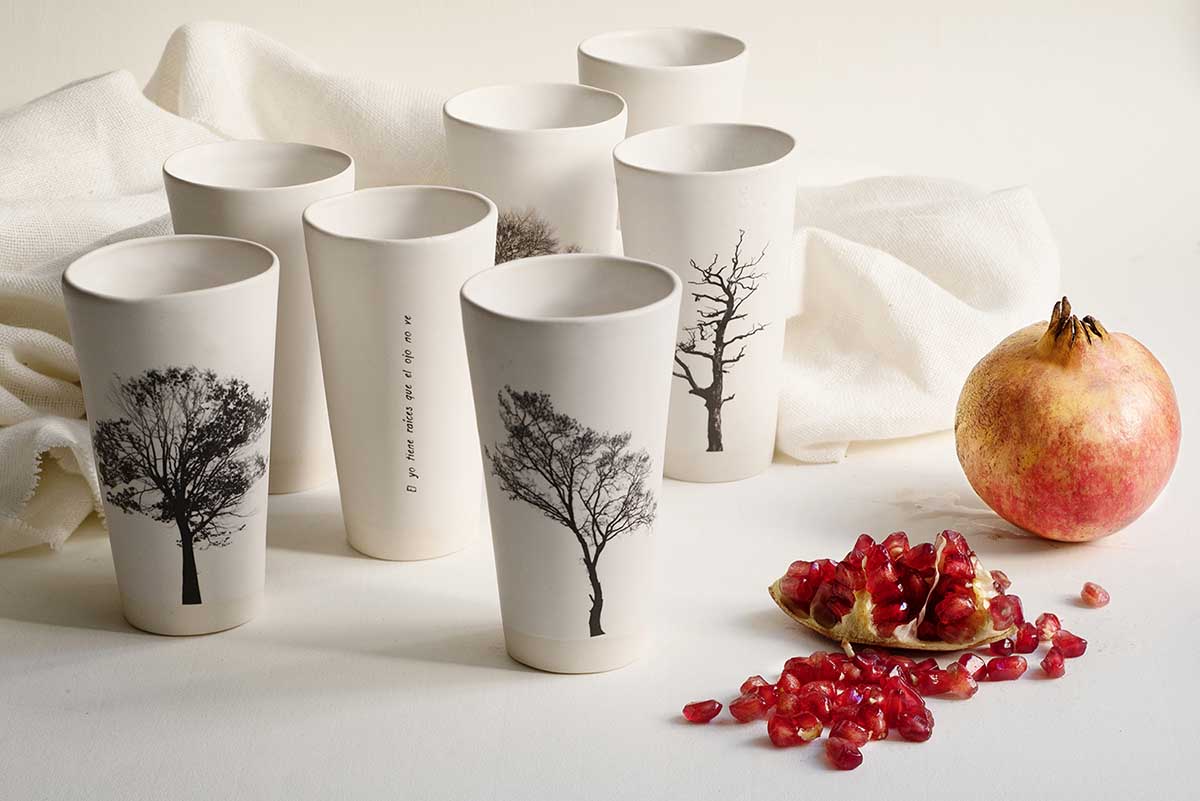 What was your first creation?

It was a dish, specifically a bowl, a cup and a plate. Shortly after I made the glasses for my husband’s restaurant. Drinking beer in ceramics tastes much better since it keeps it cold. Then I made the coffee cups, the ramen bowls, …

Has photography influenced your designs?

Of course, for me, ceramics were the vehicle for photos, it was never the end. Now it has become the end, what’s more, now more and more I want to make tableware and pieces, lamps, … with and without photos. For this, I use the ceramic decal technique. It is expensive and time consuming because it requires baking the pieces three times, but it allows me to include my designs.

Where can we find or buy your works?

For now, they can be purchased at the Icí et La store (Barcelona) and at Workshop (San Sebastián), in addition to my online store. Also, I have clients who come directly to the shop to buy. The intention is to grow and enter new points.

What is your goal or purpose for this new year?

For now I do not want to set many goals. If this year goes like the previous one, I would be delighted. It has gone much better than I expected. In addition to stores, I also want to start selling more in restaurants. 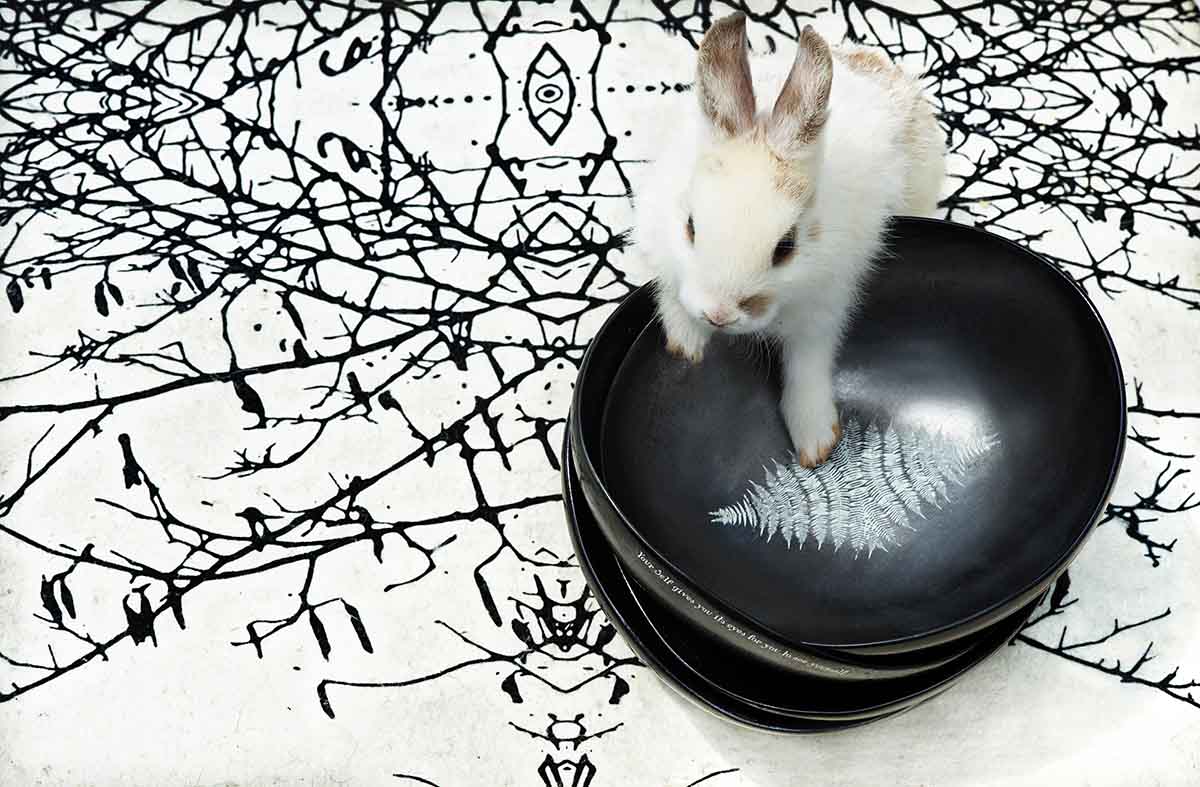 How do you see the handmade pottery market at the moment?

I made my website in English because, being an expensive product because it requires a lot of time and dedication, I thought it would be very difficult to sell in Spain. The reality is that here I have done well. In fact, I still have not had time to look for markets outside the country. It’s something that has surprised me very positively. From the restaurants there is direct demand of this type of tableware.

A tip for young entrepreneurs / artisans

I think one of the reasons why Adarbakar worked was because I made a mark. I did not start making pottery, create a brand, Adarbakar, with an image and an atmosphere. When I started, I was alone with a friend and I did not know how this world of ceramics was going, I was afraid. But in the beginning, building a brand has been much easier, thanks also because there is a market that is looking for this product. For example, I contacted Jesús Aguado, a friend and recognized poet, to include some quotes in my pieces. All this allowed me to build Adarbakar. I think it’s easier to sell as a brand than just only pieces. This helped me a lot.

From Labois we want to thank Ima for their collaboration. It has been an honor and a pleasure to meet your exciting project 🙂